On the 30th of July Rothamsted Manor will welcome Kerry Ellis for our ‘Musicals at the Manor’ concerts. 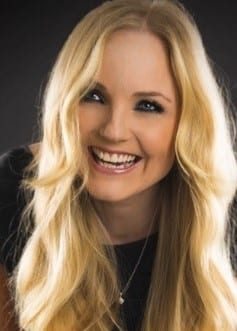 Kerry Ellis
Kerry Ellis has fast become recognised as the leading lady of West End musicals from her starring roles in London and on Broadway. She has also achieved chart-topping success as a recording artist signed to Universal Decca with her debut album Anthems.

Kerry originated the role of Meat, in Queen’s We Will Rock You and was the first British Elphaba in the West End smash, Wicked, for which Kerry won the 2008 Whatsonstage.com Award for ‘Best Takeover in a Role’. She then immediately transferred to Broadway and played Elphaba at the Gershwin Theater for 6 months, where she won the Broadway.com Audience Award for Favourite Female Breakthrough Performance, before returning to London for 6 months in 2009.

Her many other leading role credits include Nancy in Oliver! at Drury lane, Eliza Doolittle My Fair Lady, Ellen in Miss Saigon and Fantine in Les Miserables.

Kerry’s first major CD release was the amazing Wicked in Rock, a collaboration with long time friend and Queen guitarist, Brian May. This led to her being signed to Universal as a solo recording artist and her debut album Anthems was released in 2010 on Decca Records. Read more here.

Musicals at the Manor
The Rothamsted summer concerts are produced in collaboration between Steve Moss (musical director of Mary Poppins, London), and Rothamsted Manor.  Steve has invited special guests to join him in the Great Drawing Room of Rothamsted Manor to perform popular hits from blockbuster musical shows. Read more about the full list of artists performing throughout the summer, click here

Steve Moss – Producer / Musical Supervisor of the Rothamsted Summer Concerts
Steve will be returning to Cherry Tree Lane this year, as the Musical Director of Mary Poppins at the Prince Edward Theatre, London. The show will be reopening on August 7th. Steve recently finished as Musical Director on the new production of Les Misérables at the Sondheim Theatre, London, where he was the MD of the show since 2018.  Read more here

Format
Drinks and snacks are available on arrival from the bar and can be enjoyed in the lounge or, if the weather allows, in our beautiful manor gardens.

Timings
Matinees:
Doors open at 1.30pm
Performance starts at 2.30pm, and there will be an interval during the performance.
Carriages at 5pm

Evenings:
Doors open at 6.30pm
Performance starts at 7.30pm, and there will be an interval during the performance.
Carriages at 10pm

Coronavirus and social distancing
We are proud to have earnt the industry standard ‘We’re Good to Go’ from Visit Britain.  It means we have implemented the Government’s COVID-19 guidance, understand the guidance from Public Health England and have a COVID-19 Risk Assessment in place.

Free parking
Follow the signs to Rothamsted Manor. Park on the grass verges, or wherever you are directed by signage or our staff. 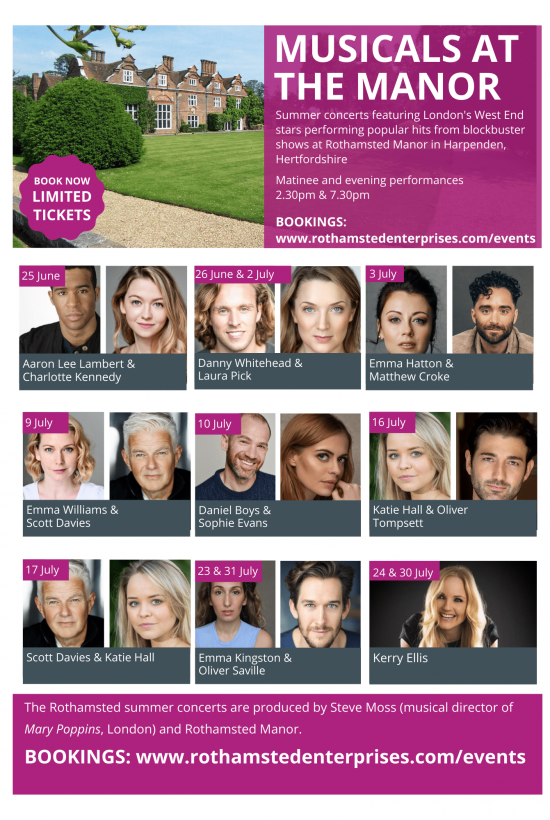