Following our sell-out winter concerts last year, we are delighted to bring you our summer series of concerts.

Steve Moss, musical director of London’s Mary Poppins, will once again invite special guests to join him at Rothamsted Manor for an intimate evening of concerts.

The format will be slightly adjusted to allow for the latest guidance on events and social distancing.

Drinks and snacks are available on arrival from the bar and can be enjoyed in the lounge or, if the weather allows, in our beautiful manor gardens.

Doors open at 6.30pm
Performance starts at 7.30pm, and there will be an interval during the performance.
Carriages at 10pm

Artists
The full line up of artists for the summer series of concerts is currently being confirmed and will be announced in the coming weeks.

Steve will be returning to Cherry Tree Lane this year, as the Musical Director of Mary Poppins at the Prince Edward Theatre, London. The show will be reopening on August 7th.

Steve recently finished as Musical Director on the new production of Les Misérables at the Sondheim Theatre, London, where he was the MD of the show since 2018.

Steve was also associate Musical Director at the Gielgud Theatre, for Les Misérables: The Staged Concert.

As Musical Director, Steve has worked on the original production of Les Misérables at the Queen’s Theatre London (2018/2019), Mary Poppins (UK Tour 2016/17), Mary Poppins (Zurich/Dubai) and Mary Poppins, and  Hear the People Sing for Jo Cox.

We are proud to have earnt the industry standard ‘We’re Good to Go’ from Visit Britain.  It means we have implemented the Government’s COVID-19 guidance, understand the guidance from Public Health England and have a COVID-19 Risk Assessment in place.

Follow the signs to Rothamsted Manor. Park on the grass verges, or wherever you are directed by signage or our staff. 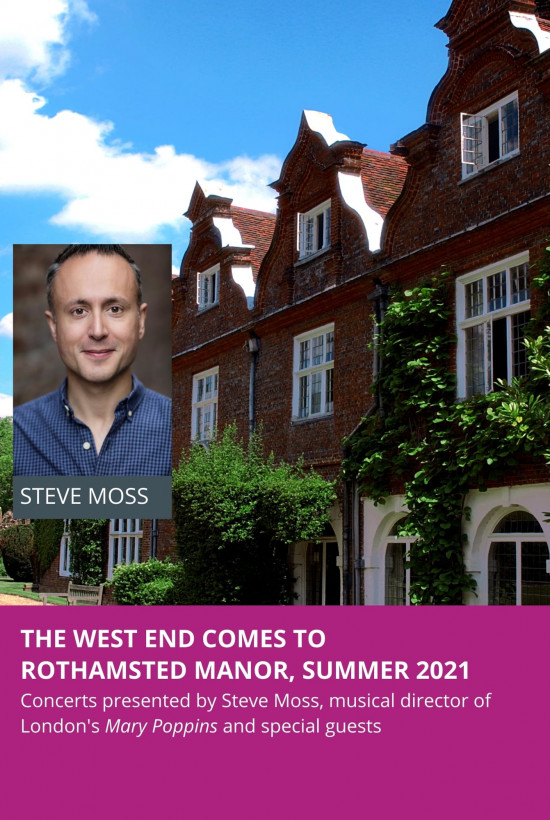